When flying direct from India to the UK, there aren’t that many options available to flyers. The route is flown majorly by Jet Airways, Virgin Atlantic, British Airways and Air India.

As a business traveller, I have been travelling with British Airways for over 24 years now. I always fly in business class. Being a loyal customer of British Airways I enjoy a lot of perks. I last flew British Airways a couple of weeks ago from Delhi to London, Flight number, BA 256. It was the humongous Boeing 777.

Read on to see what my experience with the British Airways flight has been over the years!

From check-in to security and bags being sent off on time, the experience has been quite good. I sometimes get to use the special line at the airport cutting through the long queue, since I am a frequent flyer. The executive lounge at the London Heathrow Airport has been very amazing.

In-Flight experience on the British Airways

Although I’ve had a smooth experience at the Airport, I must say that the in-flight experience has not been all that great in comparison with other airlines like Etihad that I have flown with. The airlines that fly to India from London look quite old and poorly maintained.

1The Food Menu on the British Airways

The food menu has simply remained stagnant with little or no modifications making it boring to choose from. At least that has been the case on the London-India route. I’m sure many of you who travel on the same route would agree with me.

For me, flying is a surreal experience. Especially over a long-haul flight, you get to see yourself flying over white fluffy clouds during daytime and beautiful sparkling lights above and below you at nighttime. All things small and big can add to the joy of flying. Especially, if you have wonderful, friendly and chitty chatty flight attendants.

I have had a mixed feeling about the flight crew of British Airways, over the years. Some of them have been exceptionally nice, while some of them are very pedestrian in comparison to other airlines I’ve flown with.

British Airways were one of the first ones to introduce reclining seats in business class many years ago. Although they were quite innovative at the time, over the years I have begun to feel that the British business class seats are a bit narrow in comparison with other airlines. If you are tall, you’re almost certain to feel stuck between two seats. I feel certainly lucky because I’m short!

4Do people use in-flight WiFi?

I must say I have never needed to use the in-flight WiFi service on British Airways. As long-haul travellers always say, you travel for two things – one is that you catch up on work, and the second is to catch up on entertainment. And neither of that requires WiFi.

Here’s what some of the travellers are saying,

“Very friendly staff. Very welcoming and all made a fuss of the children, which there were quite a few on the flight. All received goodie bags which kept them entertained.”

“Having treated ourselves to Business Class we were disappointed. The seats were not very comfortable, when made into a flat bed there was nothing to lie on. Other passengers had to climb over us to get out. The food was ok, but not much better than in Economy a few years ago. Cheap amenity bag. The service was fine, and the two toilets very spacious. Enjoyed the Champagne!”

The flight attendants on this flight were attentive and friendly.
Food was average for plane meals – nothing exciting but OK.
Movie choices were excellent.

Note: All reviews have been sourced from Trip Advisor 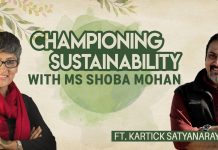 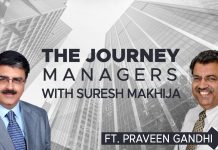