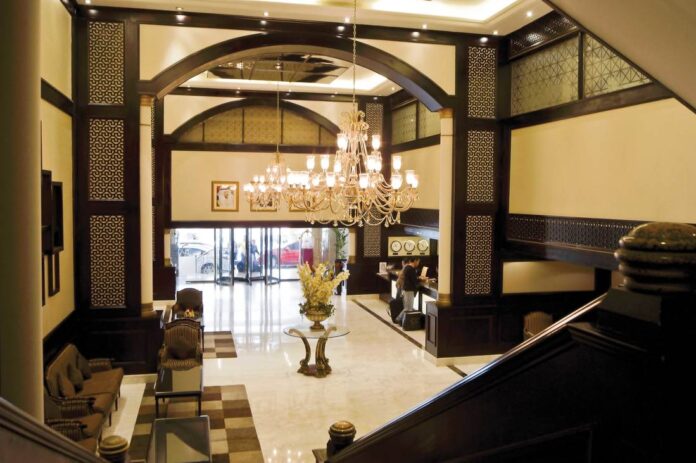 Jumeirah Group has revealed its plan to reopen The Carlton Tower Jumeirah in London next month.

Following an 18-month closure for refurbishment, every corner of the European flagship’s 17-story building has been redesigned, creating a new foyer and reception, 186 new bedrooms and suites (reduced from 216 to offer larger accommodations), as well as a new health club and spa. This being the most extensive renovation in its history, at a cost of over £100 million.

“We are thrilled to welcome back our valued guests following a significant investment and a complete renovation of the hotel with new rooms, restaurant, food and beverage offerings, spa and lobby entrance,” said Aaron Kaupp, general manager of the Carlton Tower Jumeirah.

“This landmark, international opening is set against the backdrop of a pandemic, which has seen the world and our beloved industry face extreme difficulty. The Carlton Tower Jumeirah will be a beacon of hope during a very difficult time for us all. We will be a place to be seen once more, a cornerstone for the local London community as well as a leader of luxury hospitality in the world.”

Situated in a prime location, overlooking the renowned Sloane Street and key London landmarks, the hotel originally opened in 1961 and was distinguished for being the tallest in London at the time.

The hotel was originally designed by Henry End, who’s also famously acknowledged for the interiors of the Plaza Hotel in New York. Now, the building is remodelled and transformed by esteemed interior and architecture design studio ‘1508 London’.

The design practice has drawn on the hotel’s glamorous heritage and location to create a contemporary classic with a timeless, refined interior and sense of splendour.

1508 London has layered the eclectic mix of the architecture of the surrounding mansion blocks and homes, adding soft curved edges, pops of bright colour and organic inspired forms all through, while being respectful of the hotel’s originally unique, clean Modernist style.