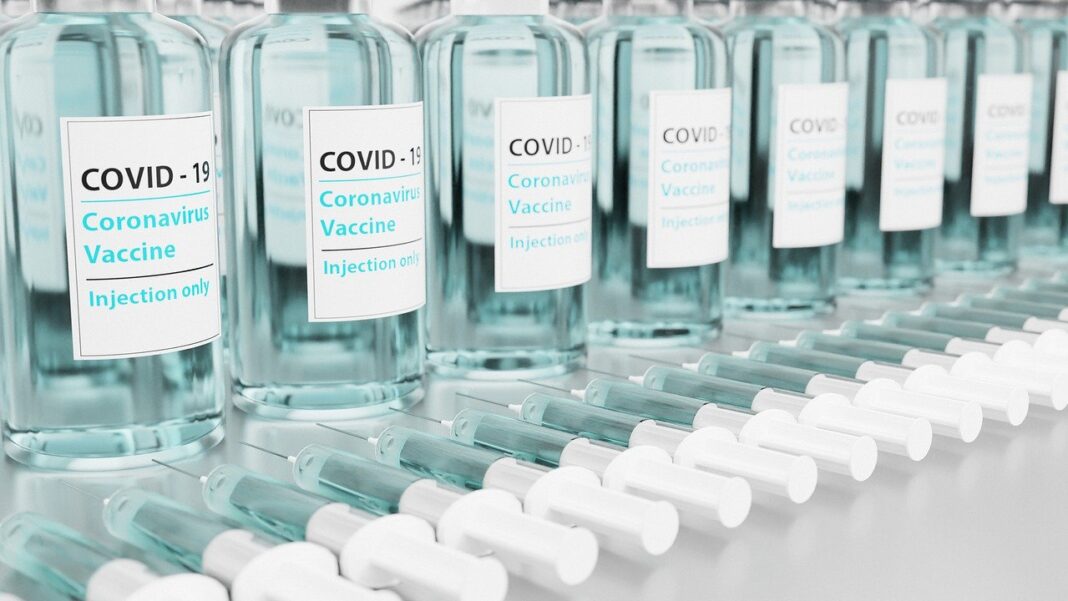 Long queues have returned to Bangkok’s unusually quiet Suvarnabhumi Airport this week. With barely any flights and passenger, Suvarnabhumi International Airport has been transformed its check-in area into a COVID-19 vaccination center as part of efforts to speed up its Covid-19 vaccine rollout.

42 check in counters on the departures level of the airport have been taken over by healthcare workers who are vaccinating frontline workers, airport staff, immigration officers, and airline crew. As of now, the new facility is doing about 1,000 inoculations per day.

The airport vaccination hub, in its first phase, aims at vaccinating the 30,000 people who work in and around the airport. They hope to have this done by the end of May, however, there is the capability to do even more. It is one part in Thailand’s plan to vaccinate 300,000 people a day. The goal is for the entire country to be fully vaccinated by the end of the year.

Tourism accounts for about 13% of Thailand’s GDP but in March only 6,737 people entered Thailand. The Thai Government is set on helping the tourism sector to be up and running again. The most important part is to get the bulk of Thailand’s population vaccinated against COVID-19. However, the Thai Government is being slow to start mass vaccinations and risks missing its vaccination goals.

In 2019, almost 100 airlines flew into Suvarnabhumi International from all corners of the globe. With the current travel restrictions, the airport is serviced only by a handful of local and regional carriers. They offer a mix of mostly domestic and short to medium-haul international flights.

According to data published by Airports of Thailand, operator of Suvarnabhumi Airport, across March 2021, there were only 498 international arrivals and 487 international departures at the airport, or around 32 movements a day. There were 1772 domestic departures and 1767 domestic arrivals, or an average of 114 daily aircraft movements, in the same month.

Ajman Department of Tourism Development executed its first ever trade activation through a tri-city workshop that was held in Ahmedabad, Delhi and Bangalore on 20th, 21st and 22nd September respectively, which witnessed a constructive and educative session...
Read more
Industry Updates

Kempinski is thrilled to have launched its first Environmental, Social, and Governance (ESG) report 2021 in recognition of the tourism industry's need to intensify efforts to decrease its role to climate change. Kempinski was...
Read more
Industry News

Spree Hospitality is pleased to announce the signing of new hotel in Ranjangaon. It will be the fifth Spree Hotel in Maharashtra. Spree Hospitality portfolio has more than 20 operating hotels with 7 hotels in the pipeline.
Read more
Industry Updates

In the spirit to boost international tourists’ visits, Wonderful Indonesia proudly presents the most highlighted destinations and new experiences at the Indonesia Sales Mission which was held in Chennai and Bengaluru from 16th to 19th September 2022. The event brought...
Read more