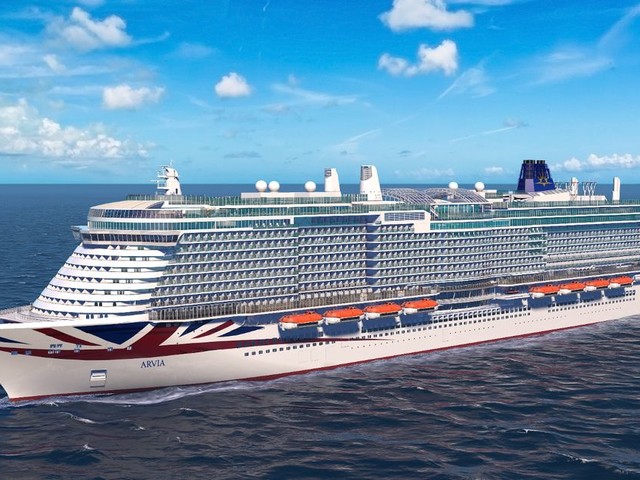 In a new video, the retractable roof SkyDome onboard P&O Cruises’ new ship Arvia is shown for the first time.

The ship is scheduled to be delivered in December of next year.

The retractable roof glass SkyDome, a first for P&O Cruises, was created to maximise time in the sun in the warm climates Arvia will visit, beginning with a Caribbean debut next winter.

Every aspect of Arvia has been designed to bring guests closer to the sea, sky, and shore, in keeping with its name, which means “from the seashore.”

The SkyDome will be a relaxing pool atmosphere by day and by night an entertainment venue featuring live music, amazing production shows, DJ sets, and outdoor screenings of blockbuster movies on the SeaScreen.

This renowned engineering firm has worked on a variety of projects, including the Bulgari Glass House in Italy and Apple Park in California’s Steve Jobs Theatre, the world’s largest structure supported entirely by glass.

The SkyDome was first introduced on P&O Cruises’ Iona, which debuted in May, and Arvia will feature P&O Cruises’ first retractable roof SkyDome.