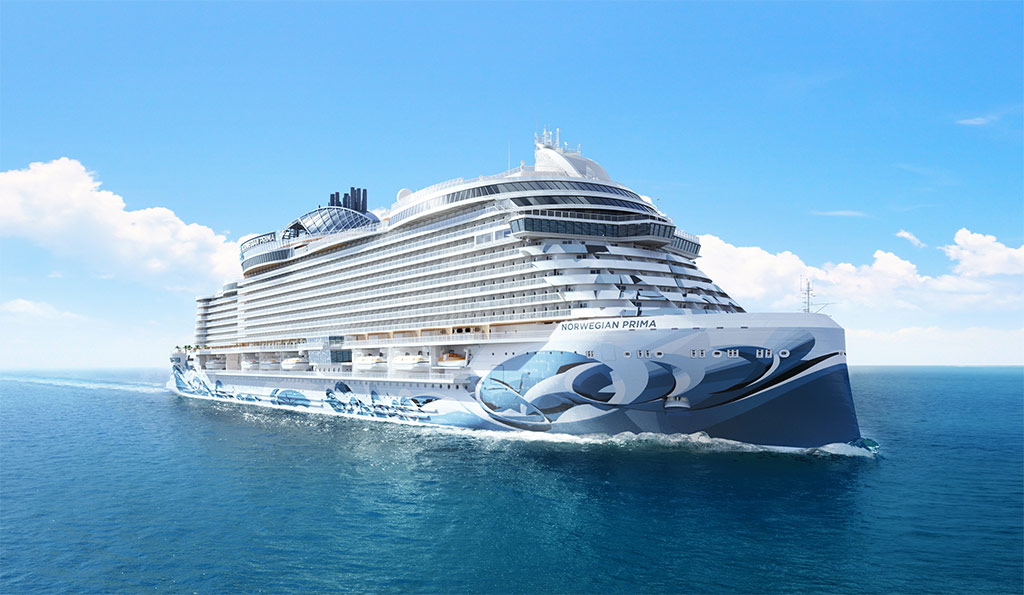 Norwegian Cruise Line has named its next vessel, due out in summer 2022, Norwegian Prima. The ship will be the first of six 142,500-gross-ton vessels that can accommodate 3,215 passengers on double occupancy.

Project Leonardo, as the fleet was formerly known as, was introduced several years ago. The new ship class is NCL’s first in 10 years and the company will introduce six new Prima Class ship, one each year all through to 2027.

The first ship, under construction at the Fincantieri shipyard in Italy, is a departure for the line, which has formerly worked with German shipyard Meyer Werft.

“Despite the actuality that we have not sailed in a lot more than a year, we have not stopped functioning and even doubled down on investing in our model to provide unforgettable guest activities that go beyond anticipations,” said Harry Sommer, chief government of Norwegian Cruise Line.

“As we have begun revving up our functions to commence cruising this July, we are moved and very pleased to announce the get started of an exciting new chapter in our tale of innovation as we welcome the Prima class and the 1st in a line of entire world-calibre vessels with Norwegian Prima.”

The Norwegian Prima will operate cruise itineraries in the Caribbean, Bermuda and Iceland/Northern Europe, which will go on sale from May 12.

After sailing a series of introductory cruises, Norwegian Prima will launch itineraries in northern Europe from August 17 to September 13 next year, with departures from Amsterdam and Copenhagen.

In December, the cruise liner set out on a voyage to Port Canaveral, Florida from where it will sail five-, seven- and nine-day Western Caribbean itineraries through March 2023. Ports of call include Cozumel, George Town, Ocho Rios and Great Stirrup Cay, the line’s private destination.

From March to May 2023, the Norwegian Prima will journey from New York on five- and seven-day cruises to Bermuda. The ship will then head back to Europe in May to operate a series of 10- and 11-day Norway and Iceland sailings from Reykjavik, Iceland, and Southampton, England, through Sept. 7.

For the first time ever for NCL, Norwegian Prima will head back to the U.S. to operate one-off voyages to Bermuda and Caribbean before visiting Galveston, Texas. The ship will sail from Miami offering three, seven-day Western Caribbean cruises to Harvest Caye, the company’s private destination in Belize, as well as Cozumel and Roatan Island, Honduras, from November 19 to December 3, 2023.

Giuseppe Bono, chief government of Fincantieri, said “We are incredibly honoured to husband or wife with Norwegian Cruise Line for the enhancement of their following class of ships.

“Norwegian Prima marks the beginning of our collaboration, which will see the delivery of 6 future-generation vessels that are intended to just take visitor activities to a new level focusing on elevated roomy and considerate design.”