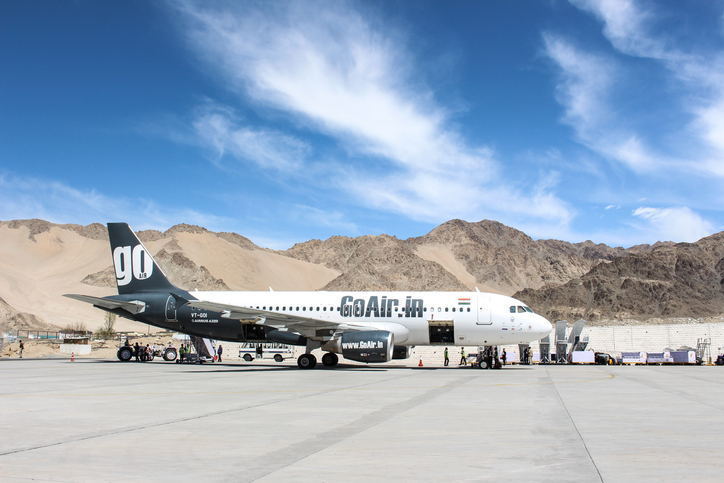 After 15 years of being in the skies, Wadia Group-owned budget carrier GoAir has been rebranded itself as GoFirst ahead as it prepares for its initial public offering (IPO).

The announcement comes at a time when a large number of air passenger cancellations were seen over the last fortnight caused by the onset of the second wave of the pandemic.

The airline on Thursday commented that the reason behind the rebranding is to operate the carrier in an ultra-low-cost airline model, which would give it a competitive advantage over its peers.

“At the heart of this revamp is the full embrace of the ultra-low-cost airline model,” the airline said in a statement on Thursday. “And it is this competitive advantage that enables it to offer its customers a combination of ultra-competitive fares and a safe flying experience.”

Most airlines in India such as IndiGo, SpiceJet and AirAsia India function on a low-cost model. Rebranding as an ultra-low-cost carrier will give the airline a “competitive advantage” that enables it to offer its passengers “ultra-competitive” prices. Go Air is in the process of transitioning all its operations under the new brand.

“Consumers in India are hugely value conscious but are quite demanding when it comes to flying experience,” said Go First’s vice chairman Ben Baldanza.

“The combinations of attractive airfares, a squeaky-clean flying experience, well sanitized flights and on time performance is what Go First is designed to deliver,” he added.

In anticipation of the IPO, the airline has appointed a professional management team.

The man leading the transformation of GoAir to Go First is none other than Ben Baldanza, who waas previously the CEO that led Spirit Airlines to its successful ULCC shift. Baldanza will work directly with the management team, comprising chief executive officer (CEO) Kaushik Khona and chief financial officer (CFO) Pankaj Chaturvedi to accomplish the next phase of growth.

According to latest figures from the Ministry of Corporate Affairs (MCA), the airline reported a net loss of ₹1,278.60 crore in FY20 compared with a net profit of ₹123.34 crore during FY19.