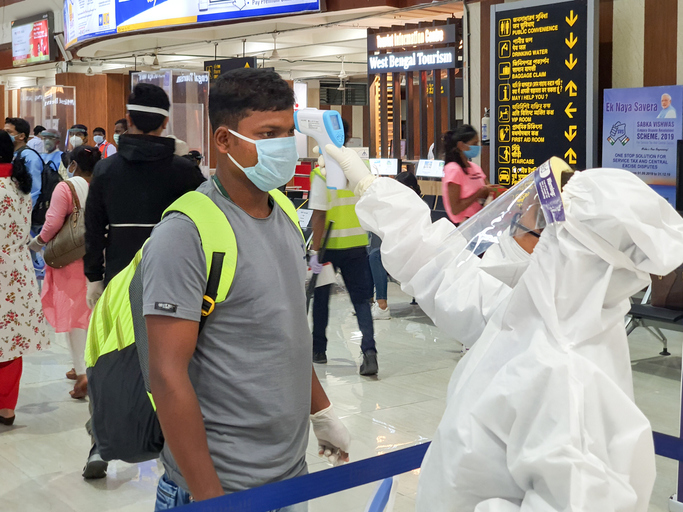 The improved pandemic situation in Mumbai and the capital, New Delhi, has prompted India to ask the United Kingdom (UK) to reconsider the ‘red list’ travel prohibition on Indian people. India’s Foreign Secretary Harsh Vardhan Shringla briefed the UK on India’s bare minimum COVID-19 toll during his two-day visit to the UK to assess the Roadmap 2030 for deeper ties, which PM Narendra Modi and British Prime Minister Boris Johnson committed to. On July 24, Shringla urged the UK government to consider easing the travel restrictions on Indian visitors. He also revealed India’s plans to issue vaccine certificates, which the Indian government will execute soon that will make international travel easier.

Today I welcomed @harshvshringla to London for talks on delivery of the UK/India #2030Roadmap. The GBIN partnership is going from strength to strength as we work towards our shared ambitions. pic.twitter.com/KZI4Y7PRZm

“Mumbai, Delhi, big cities are practically free of COVID,” secretary Shringla said in a high-level meeting with senior UK government representatives, including Permanent Under-Secretary in the Foreign, Commonwealth, and Development Office (FCDO) Sir Philip Barton and FCDO minister for South Asia Lord Tariq Ahmad. Shringla continued, “But we can’t rest on that situation because we are constantly vigilant, telling our citizens to take precautions so that we don’t have a third wave.”

At a news conference in India, Shringla cited France’s recent decision to exempt travellers from mandatory quarantine if they were fully vaccinated with the vaccine’s two-dose regime and had a negative PCR test, according to PTI. He also mentioned that the United States has upgraded India in the travel scheme, and he requested that the United Kingdom take note of this.

Glad to meet @harshvshringla again today. We last met in Delhi – a pleasure to be able to host this time in London. We discussed the continued growth of the 🇬🇧- 🇮🇳 relationship and how, together, the UK and India can provide leadership on global issues and be a force for good. pic.twitter.com/PIa081DoKI

Indian travellers are currently compelled to quarantine for 10 days at a hotel upon admission into the UK under the UK’s “red travel” list.

In response to Covishield’s non-recognition in the European Union (EU), the Foreign Secretary wrote in a letter dated May 14 that AstraZeneca had applied to the European Medicines Agency (EMA) on behalf of the Serum Institute of India (SII). Covishield is a jab made in India by Pune’s Serum Institute using the same formula as AstraZeneca. “It’s an Oxford/AstraZeneca vaccine being manufactured under a transfer of technology in India so there can’t be any difference in the product – between that produced at the Serum Institute of India (SII) or anywhere else,” said Shringla.

He went on to say, “The EU has said they will leave it to individual member states to decide and 14 EU countries have already recognized Covishield, two of them have also recognized Covaxin suo moto. We are now asking all countries that you recognise our vaccine certification on a mutual reciprocal basis, recognizing the integrity of that process.”  During India’s “severe” second wave of the COVID-19, the Foreign Secretary thanked foreign assistance with crucial medical equipment and other supplies, including from the United Kingdom.