Home The Dope Industry News Fascinating Past And Present Images Reveal Transformation Of Qatar Over Last 50... 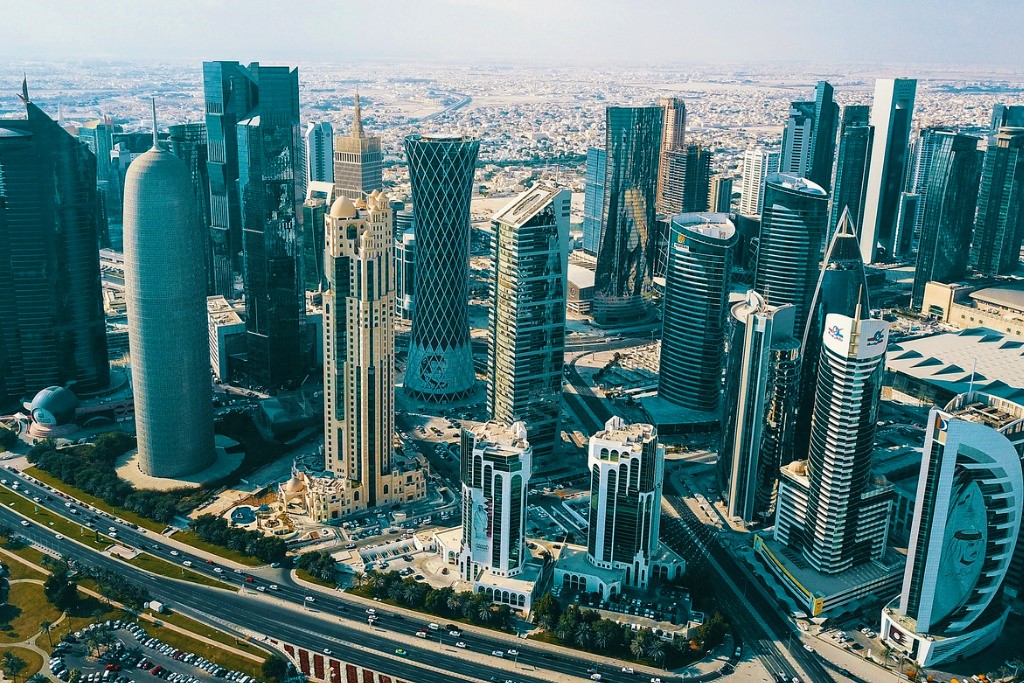 Fascinating photographs contrast the old and modern history of Qatar over the past 50 years.

While the images show that much of Qatar’s cultural heritage lives on, with souqs, palaces and forts proudly maintained and refurbished, the peninsula has undergone an extensive transformation with skyscrapers now dotting the skyline of the capital Doha.

Now with Qatar’s borders re-open to fully vaccinated travellers, Qatar Tourism is spearheading a drive to encourage visitors to Qatar to enjoy its year-round sunshine, and exciting calendar of activities and events in the lead up to the FIFA World Cup 2022™ next year.

Qatar Airways Group Chief Executive and Chairman of Qatar Tourism, His Excellency Mr. Akbar Al Baker, said: “Qatar has a fascinating history for such a small country, stretching back way into the annals of ancient human history. Yet no period has been as dramatic and transformational as the past 50 years, where huge infrastructure programmes have made modern Doha essentially unrecognisable from how it used to be.

“At the same time, we are grateful that Qatar’s government and visionary leadership over the years has ensured the preservation of Qatari heritage and traditions. It allows us to showcase our authentic treasures, such as the UNESCO world heritage site in Al Zubarah, and the iconic National Museum of Qatar, amongst so much more.”

The roughly 4,500 square miles of modern-day Qatar has been inhabited over millennia, and during the rule of great empires acted as a trading hub across ancient history. The peninsular state is a thriving country that is proud of its longstanding heritage.  Since 3 September 1971, when HH Sheikh Khalifa bin Hamad Al Thani, then Heir Apparent and Prime Minister, heralded a new phase in the country’s history, Qatar has made use of oil reserves first discovered in 1939 to undergo major infrastructure projects. The capital city Doha has now been transformed into a cosmopolitan urban oasis in the heart of the Middle East.

Nowhere is the difference between past and present more pronounced than in Doha’s West Bay area. Once marked only by the Sheraton Grand Hotel, the country’s first major luxury resort, is now filled with interesting and unique skyscrapers accentuated by the seven-kilometre-long Doha Corniche, which took shape after extensive dredging work in the 70s and 80s.

At the same time Qatar has made sure to preserve the cultural treasures of its past. Visitors can explore historical locations such as the Al Zubarah UNESCO World Heritage site, a pristine typical Arab Fort; the Souq Waqif, a traditional market renovated in 2006; and the mysterious Al Jassasiya Rock Carvings, 874 carvings known as ‘petroglyphs’ thought to date back to Neolithic times.

The full sweeping history of Qatar can be explored at the National Museum of Qatar, a Jean Nouvel-designed building that recreates the naturally occurring crystal formations known as the desert rose, in an iconic structure that encases the original Sheikh’s palace.

Next year, Qatar will mark another major historical milestone as the country becomes the first Middle East nation to host a FIFA World Cup. With the longest distance between stadiums just 75 km, fans will have plenty of time to explore the area’s hidden treasures, soak up the sun, and take in local cultural delights.

Qatar Tourism would like to extend a warm thank you to the researchers at Qatar Museums, Qatar National Library, Qatar Foundation, the Sheraton Grand Hotel, and Msheireb Properties, for their gracious help and support in sourcing the historical and modern-day photographs.