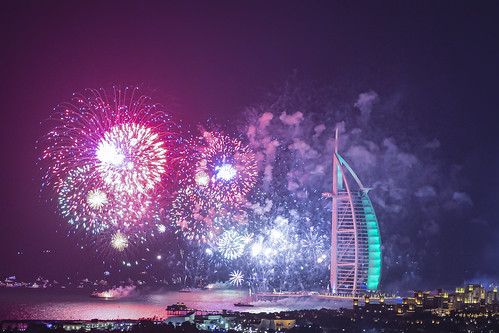 Emaar, the UAE’s worldwide famous and recognised integrated real estate development firm, is gearing up for a fantastic Emaar New Year’s Eve performance, which will include a spectacular firework extravaganza choreographed to lasers, lights, and music. Known as “Eve of Wonders,” fans from all over the world are invited to witness a dazzling display as Emaar decorates Dubai’s skies with a show unlike any other.

Emaar’s New Year’s Eve celebrations have become one of the most famous in the world since 2010. The display, which will take place in Downtown Dubai on December 31st and will be seen by audiences all over the world, is a one-of-a-kind Emaar project that celebrates the city’s energy, creativity, and openness.

The stunning pyrotechnics, light & laser spectacle will light up the night sky in Dubai Downtown as the clock strikes midnight on December 31st. A brand-new laser feature will premiere at The Dubai Fountain in coordination with Burj Khalifa’s dazzling programme, producing a memorable masterpiece that is poised to redefine new year’s celebrations globally, Dubai style!

Whether in Downtown Dubai, online, or on broadcast throughout the world, the public can expect a spectacular gala celebration to ring in the new year. Emaar NYE 2022 will be broadcast live around the world and live-streamed on mydubainewyear.com beginning at 8:30 p.m. local time.

Mohamed Alabbar, Founder of Emaar, commented on the Emaar New Year’s Eve spectacular celebrations in Downtown Dubai: “The UAE, and Dubai, inspire hope and optimism, and bring together a global community to shape the future. This year’s celebration is a tribute to our nation’s achievements in the past 50 years. It also highlights our leadership’s vision to create a new age of progress through openness and collaboration, and Emaar is proud to be part of it.”