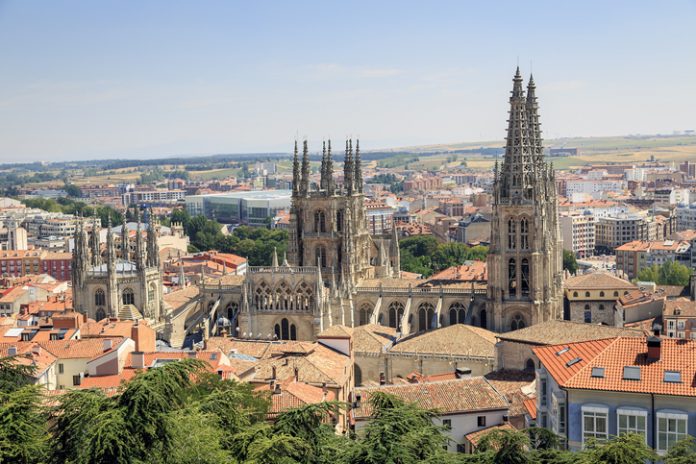 In an effort to prevent congestion and encourage sustainable tourism, a growing number of regions in Spain have imposed limits on some of its most popular natural attractions.

According to a survey by the Eco-union association, the number of annual visitors to national parks has increased by 77% over the past two decades, to approximately 16 million.

During the Covid-19 pandemic, both international and domestic tourists preferred to travel to natural places, away from the congestion of major cities, where they could avoid the crowds.

Increased tourist numbers threaten natural environments through erosion, the trampling of plant species, and the frightened of native fauna.

Pau Monasterio, the spokesperson for Ecologists in Action, stated, “Natural environments have to be protected against massive tourism that can degrade them, with regulations that allow their enjoyment, but also guarantee conservation.”

As Catedrais beach in Galicia, famous for its spectacular rock formations; Mount Teide, Spain’s highest mountain; and Doana National Park, one of Europe’s most important wetlands, all have visiting limits.

Which areas have implemented restrictions?

Andalusia
For numerous years, Doana National Park has imposed visiting restrictions. On the routes from Huelva to El Acebuche and El Roco, as well as the route down the river to Sanlcar de Barrameda, only 886 passengers are permitted per day.

Aragón
Aragón’s Ordesa y Monte Perdido National Park has had visitor caps for years and intends to keep them in place.

Asturias
In Asturias, the Covadonga Lakes, one of the most-visited regions of the Picos de Europa National Park, are subject to visitor quotas. During the busiest seasons of the year, the only way to reach the lakes from Cangas de Ons is via bus or licenced taxi.

Balearic Islands
The Balearic Islands, home to fifty percent of Spain’s posidonia (seagrass) meadows, have expanded restrictions to the Martimo-Terrestre de Cabrera National Park. Those who wish to reach the region via watercraft are need to obtain specific permission.

This summer, the government of the Balearic Islands also recruited environmental informants to provide advice and information on the protected natural areas of the islands throughout the beaches.

Basque Country
The islet of San Juan de Gaztelugatxe has reopened to the public, with a restriction of 1,500 visitors per day, after being swarmed by Game of Thrones fans because it served as the filming location for Dragonstone.

Canary Islands
The islet of San Juan de Gaztelugatxe has reopened to the public, with a restriction of 1,500 visitors per day, after being swarmed by Game of Thrones fans because it served as the filming location for Dragonstone.  Islands
Mount Teide National Park in Tenerife is one of the most visited in Spain, attracting about 15 million tourists annually. On the final portion of the path up to the summit of Teide, just 200 persons per day are permitted.

In Lanzarote’s Timanfaya National Park, visitors are required to pay an entrance fee, and in La Gomera, the number of cars permitted to enter the laurel forests has been capped.

In order to safeguard the natural reserve of the dunes on Gran Canaria, no-entry zones have been established on Maspalomas beach. On Fuerteventura, only a limited number of people per day are permitted to visit the tiny islet of Lobos.

Extremadura
Access has been restricted to a number of natural attractions in Extremadura, including the Castaar Cave near Cáceres and the Fuentes de León Cave in Badajoz.

Galicia
The region of Galicia has restricted access to the well-known Galician beach of As Catedrais by requiring individuals to acquire a free online ticket in advance.

Madrid
In the metropolitan area, swimming is only permitted in some natural locations, such Los Villares near the San Juan Reservoir and Alberche and Las Presillas beaches in Rascafra. There are also restrictions on the amount of people permitted to visit the popular green pools of La Charca Verde de la Pedriza, one of the most visited regions in Sierra de Guadarrama National Park.

Murcia
There are restrictions on the number of private cars that can traverse the regional natural parks of Calblanque, Monte de las Cenizas, and Pea del guila in the province of Murcia.

Navarra
In Navarra, access to the source of the river Urederra in the Urbasa Natural Park is restricted to no more than 500 vehicles per day, and there are restrictions on the number of automobiles allowed at the reservoirs of Leurza and the Orgi forest.

Valencia
Valencia has restricted access to the Serra d’Irta Natural Park during the summer months. This section of roadway is adjacent to the d’Irta Marine Reserve. Near Alicante, the number of tourists permitted to visit Peón de Ifach in Calpe and the cliffs of Cabo de San Antonio within the Montgó Natural Park’s protected area is limited.