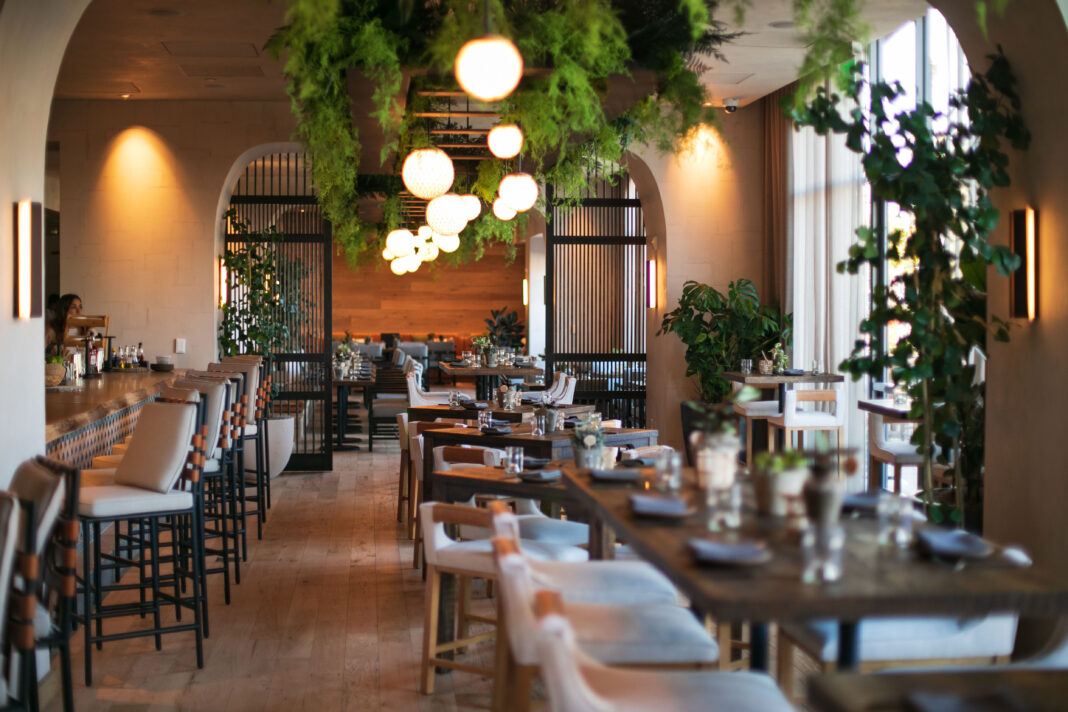 Terrene, the signature restaurant of the new 1 Hotel San Francisco (8 Mission St.), opened in July. Executive Chef Scott Koranda focuses on seasonal, small plates that reflect the refinement and natural simplicity of 1 Hotels and utilizes sustainably sourced ingredients within a 100-mile radius for dishes and cocktails. The drinks menu features an extensive collection of organic agave mezcal and tequila spirits, zero-waste cocktails, cocktails inspired by San Francisco’s neighborhoods and iconic landmarks, and a variety of local breweries and wineries. Terrene’s distinct design Terrene showcases the influence of nature, from a reclaimed wood bar to the plants and greenery throughout the space. Its spacious outdoor patio is located on the Embarcadero.

It survived the 1906 earthquake and fire and now the pandemic. San Francisco’s oldest continuously operating restaurant, The Old Clam House, reopened in June after a two-year closure. Founded in 1861, it serves up clam bake cioppino, steamed clams, clam chowder, clam linguine and much more at its original location (299 Bayshore Blvd.).

Diners can enjoy waterfront views with their pie at Square Pie Guys, the Detroit-style pizza place that opened in Ghirardelli Square in July. Square Pie Guys’ new flagship location (845 Beach St.) features indoor and outdoor patio dining. The latest design and dining destination is RH’s The Palm Court Restaurant & Wine Bar (590 20th St.). The restaurant is in RH San Francisco, The Gallery at the Historic Bethlehem Steel Building, which opened in May on Pier 70 – once one of the country’s most storied shipyards. The Palm Court offers a new live-fire dining experience set within a dramatic glass and steel atrium with towering Medjool date palms, a cascading center foundation sculpted of Calacatta gold marble and two Wine Bars at its dual entrances. RH San Francisco also features a beautifully landscaped Rooftop Park with spectacular views of the city skyline, bay and bridge.

Ghirardelli Chocolate Company unveiled its redesigned flagship Ghirardelli Chocolate Experience Store this May in San Francisco’s Ghirardelli Square (900 North Point) as part of the brand’s 170th anniversary. The renovated space sits within the Pioneer Woolen Mill building, which was built in 1864. As guests walk through the store, they can watch Ghirardelli chocolatiers handcrafting the brand’s signature hot fudge. They can also personalize a tin of signature chocolate squares selected from the brand’s largest Pick & Mix and enjoy a Hot Fudge Sundae in the store’s Alcatraz room while taking in the unobstructed and breathtaking view of San Francisco Bay.

Colibri Mexican Bistro reopened in May in its new home in one of the city’s oldest buildings, the Presidio Officers Club (50 Moraga Ave.). Led by entrepreneur, restaurateur, and proprietor Eduardo Rallo, it serves authentic Mexican cuisine steps away from outlooks revealing the Golden Gate Bridge and Marin horizon.

The contemporary French-style bistro Mijoté opened in April with a menu grounded in French technique and guided by ingredients from local farmers and producers. Chef Kosuke Tada’s restaurant in the Mission (2400 Harrison St.) offers a four-course fixed dinner menu that changes at least every week according to the seasons and features natural wines.

Dubbing itself a “food waste paradise” and featuring a maximalist funhouse vibe, Shuggies Trash Pies + Natural Wine Bar serves seasonal pizzas and share plates that highlight upcycled ingredients and sustainable proteins. Shuggies rescues ingredients that would otherwise go to waste, such as irregular or surplus produce, and makes them the stars of its menu. It opened in the Mission (3349 23rd St.) in April.

Located in the San Francisco Conservatory of Music’s new $200 million Bowes Center (200 Van Ness Ave.) in the Civic Center neighborhood, Uccello Lounge is a collaboration of experienced restaurant professionals and the West Coast’s premier music academy. Opened in March, the result is a dynamic space with vibrant food, drink and some of the best burgeoning music talents in the country. Listen, drink and dine Thursday through Saturday.

Hidden away at the Sunset location of Fiorella (1240 9th Ave.) is the intimate, new Bar Nonnina. Nestled inside off the rooftop patio, Nonnina opened in May and features its own menu and small curated list of drinks such as the Sophia Loren (tequila, grapefruit, elderflower, lime and Prosecco).

For the Record is committed to cultivating the retro vibes of San Francisco’s wildest That ’70s Show dreams, from the wood paneling on the walls to the glittering disco balls dangling from the ceilings. The cocktail bar opened in May in the Marina (2120 Greenwich St.).

Bottle Club Pub is a new bar from the Future Bars team in Union Square (555 Geary St & Shannon Alley). Opened in March, it offers a throwback to a bygone and almost forgotten era, serving cocktails and food inspired by the ‘50s through the ‘70s; it is the first bar in the US to be centered around vintage ceramic whiskey decanters.

The World’s Best Include Atelier Crenn and Benu

Included on The World’s Best list of top 100 restaurants in the world were Atelier Crenn (72) and Benu (97). They were two of only nine U.S. restaurants to make the list.

SFO is excited to welcome travelers back to the skies with an airport experience featuring seamless access, thoughtful amenities, sustainable design and inspiring artwork and exhibits.

United Airlines is the preferred airline of the San Francisco Travel Association.