The Impact Of Overtourism On Coral Reefs May Be Permanent

Among the many things on an average traveler’s bucket list, you may come across one of the common ones, that would be to explore the ever colorful and alluring coral reefs. Swimming alongside coral reefs is an exceptionally unique experience that travelers long for. While seeking this new experience, tourists often forget how these activities affect the coral reefs and how important corals are for the environment. These tourists must educate themselves about why coral reefs are important as an ecosystem, and carry out such activities cautiously. What is the state of coral reefs today?

What are coral reefs and where are they found?

Coral reefs are one of the most diverse underwater ecosystems in the world. Coral reefs are large underwater structures composed of millions of tiny marine animals known as corals/coral polyps. They are found all over the world’s oceans in around 100 countries around the world. Most reefs can be found between the Tropics of Cancer and Capricorn, in the Pacific Ocean, the Indian Ocean, the Caribbean Sea, the Red Sea, and the Persian Gulf. 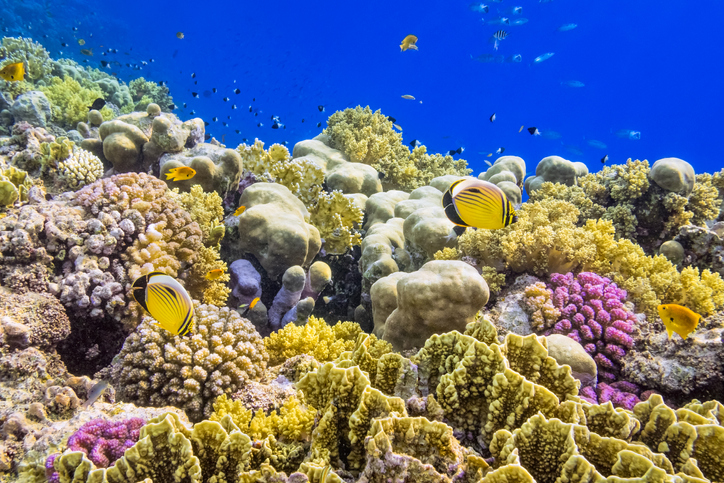 Several destinations allow travelers to explore a few of the biggest reefs in the world. Some of those destinations include

The importance of coral Reefs

Coral reefs are the largest living structure on the planet and also the only living structure to be visible from space. They cover 0.2% of the ocean’s floor and are home for millions of species of fish, invertebrates, and algae. Apart from sustaining the most diverse ecosystems on the planet, these structures are important for various reasons:

– Coral ecosystems are a source of food for millions.

– They protect coastlines from storms and erosion

– They provide jobs and income to local economies from fishing, recreation, and tourism.

– Coral ecosystems are a source of new medicines,

– They are hotspots of marine biodiversity

How have they deteriorated over the years?

The massive amount of pressure put by humans on coral reefs over the past 50 years, has altered their environment and waters, tearing up their foundations. The latest reports by NASA Earth Observatory revealed that over 27% of monitored reef formations have been lost, and about 32% are at risk of being lost within the next 32 years. Human activities that have contributed to the damage include coral mining, pollution, overfishing, blast fishing, etc. 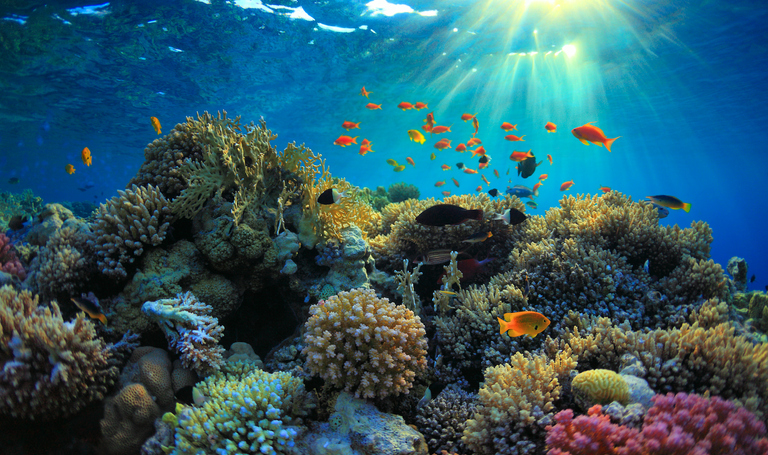 Climate change is considered to be the biggest threat to coral reef ecosystems. This is primarily due to greenhouse gases from these human activities. Climate change results in a rise in sea levels, coral bleaching, and altered ocean circulation patterns. One such aspect that caused such adverse changes is overtourism.

Overtourism and its negative impact on coral reefs

Since its beginning, tourism is known to be a developing and growing activity. The travel industry mainly focuses on its growth, giving little or no importance to its huge impact. Thus, overtourism is a result of this major growth in the tourism industry worldwide. The term ‘overtourism’ has been widely used since the late 1970s when too many visitors in one place caused disturbance to the local communities and the environment.

The World Tourism Organization defines it as the negative impact that tourism has on a destination. About 25 million tourists were recorded in 1950. By 2018, that number skyrocketed to 1.4 billion international arrivals per year and continues to grow, according to the World Tourism Organization. Cities like Venice, Dubrovnik, Barcelona, and attractions like the Taj Mahal, the Great Wall of China, Santorini, and Mount Everest are subject to overtourism.

Tourist activities have had a huge negative impact on the coral reefs due to overtourism. Some of those activities are:

– Cruises, Boating, and anchors: Large ships and boats grounding in coral reef habitat can damage corals, as can anchors, causing breakage and fragmentation. Disposing of oils and paint residues by marinas pollute local waters too.

– Pollution from sewage, waste, and chemicals: Many coastal hotels dump their wastewater and inappropriate solid waste into the ocean, contributing to sedimentation and the contamination of coral reefs.

What can tourists and various organizations do to save the coral reefs?

We can limit the negative effects of overtourism through careful tourism planning and management. Tourists and tourism businesses should adopt sustainable tourism practices. They could adopt policies and manage over-crowding through ways like changing fees, limiting ticket sales, etc. Tourists can choose to visit destinations off-peak or at quiet times in the day. They can also visit less-known destinations to be responsible travelers overall.

Conserving water, volunteering for reef clean-ups, educating yourself, and spreading awareness about the impact on coral reefs and its possible solutions are among the other initiatives that would help save the coral reefs.

The Impact Of Overtourism On Coral Reefs May Be Permanent

Among the many things on an average traveler’s bucket list, you may come across one of the common ones, that would be to explore...
Read more

What Is Rewilding? Here’s How It Can Help Sustainable Tourism

Human civilization and their activities are growing by leaps and bounds, which has been negatively impacting the growth of nature and its ecosystems. We...
Read more

Destination weddings are thriving more than ever in the wedding industry, as it embodies the most beautiful aspects of both a wedding shared with...
Read more