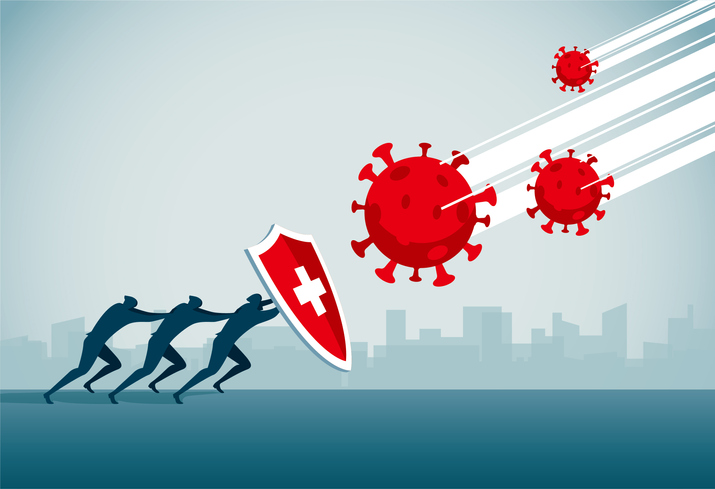 Nations around the world attempted to keep the new omicron variant at bay on Monday by imposing travel bans and additional restrictions, even though it is unclear what this means for the COVID-19 pandemic.

Japan announced that all foreign visitors would be refused entry, while new cases of the variant identified days ago by South African researchers appeared as far away as Hong Kong, Australia, and Portugal. Authorities in Portugal were looking into whether some of the infections there were the first reported cases of local transmission of the variant outside of southern Africa.

The steady stream of new cases demonstrated the near-impossibility of keeping the genie in the bottle in a globalised world of open borders and travel.

Nonetheless, many attempted to do so, despite the World Health Organization’s warning that border closures often have limited effect while wreaking havoc on lives and livelihoods. Some argued that such constraints could still provide valuable time for analysing the new variant. Little is known about it, such as whether it is more contagious, more likely to cause serious illness, or more capable of evading vaccine protection.

While the initial global response to COVID-19 was criticised for being slow and haphazard, the response to the new variant was swift.

Ursula von der Leyen, President of the European Commission, singled out South African President Cyril Ramaphosa for praise saying, “This time the world showed it is learning. South Africa’s analytic work and transparency and sharing its results was indispensable in allowing a swift global response. It no doubt saved many lives.”

The WHO has also commended South Africa and Botswana for rapidly alerting the globe to the new variant’s presence — however many have stressed that they should not be penalised for their quickness, especially because it’s unclear when or where the new strain first appeared.

But that didn’t stop von der Leyen from lobbying the European Union’s 27 member states to impose an emergency embargo on flights from seven southern African countries, similar to the steps implemented by many other countries.

Japan and Israel are not taking any chances with the new COVID variant omicron.

Before Portuguese authorities discovered 13 cases of omicron among team members of the Belenenses professional soccer club, cases had already been reported in Belgium, Denmark, and the Netherlands. According to authorities, one of the members recently travelled to South Africa. Its weekend match against Benfica was called off at halftime due to a lack of players.

When a husband and wife left a hotel where they were being held after testing positive and boarded a plane bound for Spain, Dutch military police had to arrest them.

Spokeswoman Petra Faber said, “Quarantine is not obligatory, but we assume people will act responsibly.”

Japan, which has yet to detect any omicron cases, has reimposed border controls that were eased earlier this month for short-term business visitors, foreign students, and workers, taking no chances.

“We are taking the step as an emergency precaution to prevent a worst-case scenario in Japan,” Prime Minister Fumio Kishida spoke about the measure, which goes into effect on Tuesday. Japan has kept its borders closed to all foreign tourists.

Israel has decided to bar foreigners from entering the country, and Morocco has announced a two-week suspension of all incoming flights beginning Monday.

Despite widespread concern, scientists cautioned that it is unclear whether omicron is more dangerous than other strains of the virus that has killed over 5 million people.

Also Read: Australia Has Halted The Next Phase Of Border Reopening