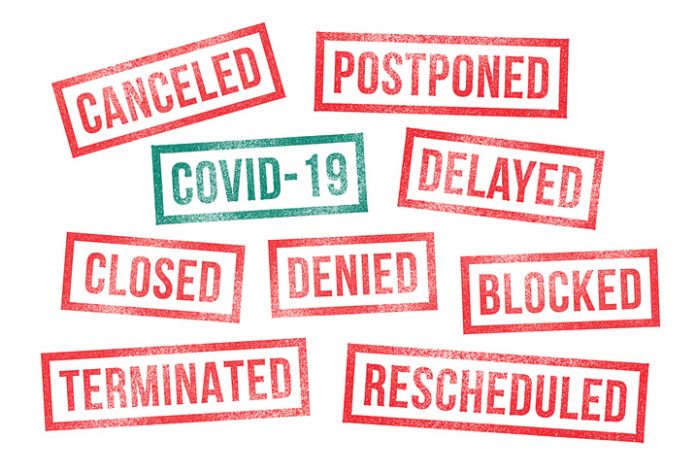 Entry requirements for travellers from India are being made more stringent across the globe due to an increase of Covid-19 cases and a “double mutant” variant in India. Countries have been imposing strict restrictions, including barring entry of visitors from nations that are recording cases in high numbers.

At present, the following countries have imposed travel restrictions and advisories regarding travel to and from India.

New Zealand’s Prime Minister Jacinda Ardern announced the suspension of entry of travellers from India, including its own citizens, till April 28. This decision was taken after New Zealand recorded 23 new Covid-19 cases at its border, out of which 17 were from India.

In the wake of surging COVID cases, the CDC issued a travel advisory urging its citizens not to travel to India even if they are vaccinated. India is listed among the ‘level 4’ countries. With the second wave on COVID in India, not even the fully vaccinated are safe from the new risky Covid-19 variants.

The CDC said in its statement, “Because of the current situation in India, even fully vaccinated travellers may be at risk for getting and spreading COVID-19 variants and should avoid all travel to India. If you must travel to India, get fully vaccinated before travel. All travelers should wear a mask, stay 6 feet from others, avoid crowds and wash their hands.”

The United Kingdom added India to its COVID-19 travel “red list”.  Therefore, barring Indian citizens from entering the country, whereas UK nationals, Irish citizens and those with British resident rights will be allowed to return to the UK and will require to undergo quarantine in a hotel for 10 days.

UK Health Secretary Matt Hancock told the House of Commons that 103 cases of the Indian COVID-19 variant had been identified in the UK, of which “vast majority had links to international travel”.

Singapore is on a “heightened alert” against the Covid-19 pandemic and has barred all long-term pass holders and short-term visitors who have travelled to India within the last 14 days from entry or transit via Singapore from April 24.

Those who have a prior approval to enter the country will also be impacted by this decision, according to Education Minister and co-chair of the multi-ministerial task force handling the pandemic, Lawrence Wong.

Furthermore, people who recently visited India and have not completed the 14-day stay-home notice (SHN) by April 22 midnight will have to complete the additional seven-day SHN at a dedicated facility rather than their homes. These travellers will have to undergo three PCR tests: when they arrive, on the 14th day of their SHN and before their SHN ends.

The Hong Kong Government has activated an “emergency circuit breaker” and has banned passenger flights from India for 14 days starting April 20. After 50 passengers tested positive for the Covid-19 virus, the authorities concerned decided to ban flights from India and Vistara flights on the Mumbai-Hong Kong routes. Apart from suspending flights from India, Hong Kong has also suspended international flights from Pakistan and the Philippines from April 20 till May 2.

Come Sunday midnight, Iran will bar travellers from India and Pakistan. Iran President Hassan Rouhani said, “The Indian coronavirus is a new threat we face. The Indian virus is more dangerous than the English and Brazilian variants.”

Kuwait is the latest addition in the list of countries that have banned travel from India. According to the Kuwaiti directorate general of civil aviation, this ban will be in effect from April 24.

Only Kuwaiti citizens, their first-degree relatives and their domestic workers will be allowed to enter the country, apart from freight flights that will continue to operate. From today, all passengers from India, either directly or via another country, will not be permitted to enter Kuwait if they have not spent at least 14 days out of India.

Effective April 24 midnight, the United Arab Emirates has imposed strict restrictions on all flights except cargo flights from India, citing unprecedented COVID-19 rise in the country. These regulations may be extended.

The flights between India and UAE will continue to operate for transportation of passengers, However, those that will be permitted to travel include UAE citizens, diplomatic missions appointed by the countries, official delegations, those on businessmen-chartered flights and those having the golden residency.

To prevent COVID-19 transmission, the Indonesian government has stopped the issuance of visas to foreigners who have been in India in the past 14 days. Indonesians will be allowed to enter from India but will have to follow stricter protocols and quarantine rules.

These curbs were introduced after a chartered plane arrived in the country from Chennai. Out of the 129 passengers onboard, 12 had tested positive for COVID-19, according to Indonesian Health Minister Budi Gunadi. The minister added that the samples had been taken for genomic sequencing.

France has restricted flights from five countries-India, Brazil, Chile, Argentina, and South Africa. Passengers arriving into France from any of these five countries will have to be in possession of an RT-PCR test result and will have to undergo a mandatory antigen test on their arrival.

An announcement of a reduction in flights from India was made by Australian Prime Minister Scott Morrison. “We will also be limiting the departure exceptions for Australians travelling to high-risk countries like India. As time goes on and the pandemic continues to rage, there are countries that are frankly of greater risk than others,” said Morrison.