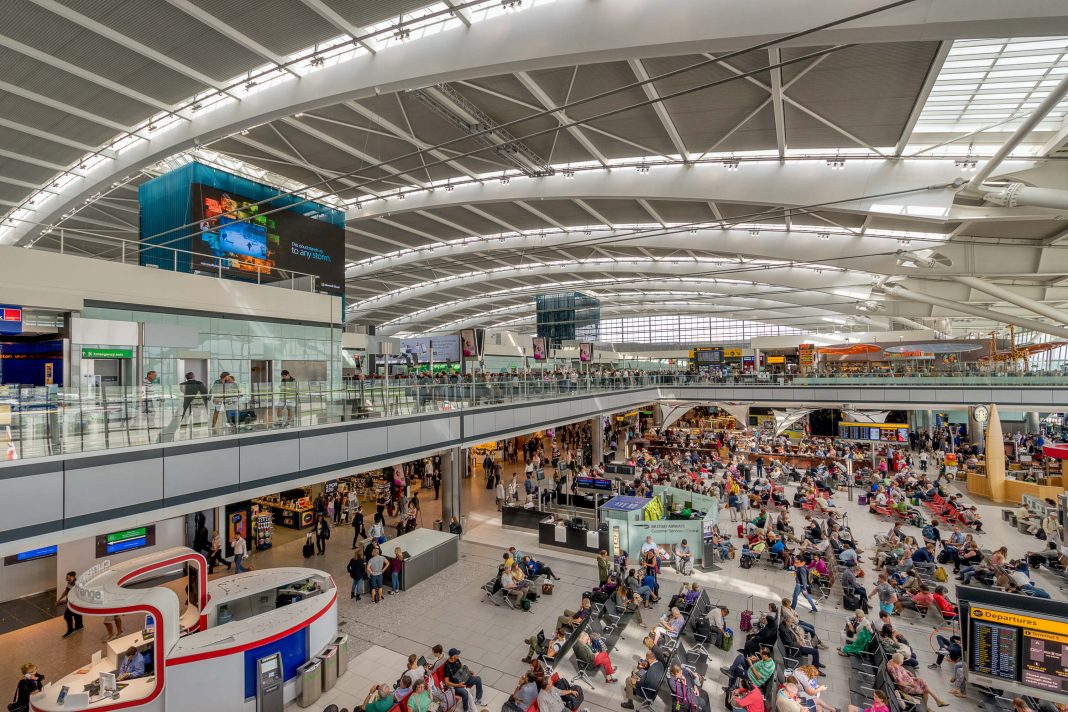 Heathrow airport cancelled almost 60 flights on Monday and issued a warning that it may have to ask airlines to cancel additional flights as it struggles to accommodate the resurgence in travel demand following the coronavirus outbreak.

British Airways, Virgin Atlantic, and Air France were among the carriers whose flights were disrupted at Terminals 3 and 5, affecting roughly 10,000 passengers.

A spokesperson for the airport commented,“We are expecting higher passenger numbers in Terminals 3 and 5 today than the airport currently has capacity to serve, and so to maintain a safe operation we have asked some airlines in Terminals 3 and 5 to remove a combined total of 61 flights from the schedule.  We apologise for the impact to travel plans and we are working closely with airlines to get affected passengers rebooked on to other flights.”

Passengers at Heathrow and other airports, including Gatwick, Birmingham, and Manchester, have reported persistent problems with long lines to pass through security, lost hold luggage, and the regular failure to send staff to assist passengers with mobility issues, resulting in long waits on empty planes for those in wheelchairs who are unable to board without the proper equipment.

Heathrow reported on Monday that 6 million people passed through the airport in June — the equivalent of 40 years of growth in only four months – and that 25 million will pass through in the first half of 2022. In comparison, there were only 19,4 million passengers throughout 2021.

After the UK government campaigned for a “slot amnesty” to permit airlines to cancel flights without forfeiting their share of airport access rights, the airport indicated it would “carefully assess” airlines’ summer schedule adjustments.

John Holland-Kaye, the chief executive officer of Heathrow, cautioned that the airport may ask airlines to cancel additional flights if it believes the schedules are still too ambitious and likely to exacerbate the mayhem.

He said, “We will review the schedule changes that airlines have submitted in response to the government’s requirement to minimise disruption for passengers this summer and will ask them to take further action if necessary.”

He added, “We want everyone who is travelling through Heathrow to be confident that they will have a safe and reliable journey.”

The failure of airports and airlines to hire sufficient personnel during the epidemic has contributed to their difficulties in keeping up with the economic recovery. British Airways restored wages for its Heathrow check-in personnel to pre-pandemic levels last week, averting a walkout that would have exacerbated the disruption.

Despite having prepared for the recovery since November, Heathrow announced on Monday that it will not return to pre-pandemic staffing levels until “the end of July,” indicating that disruptions could continue for several more weeks.
The mayhem at airports has caused the airline sector to play the blame game.