As the world evolves to understand and respect the LGBTQ+ community, the tourism industry is not far behind. The industry is creating avenues for LGBTQ+ individuals to travel more openly and frequently without any shame or apprehension. This shift is important and the need of the hour. According to UNWTO’s Second Global Report on LGBTQ+ Tourism “approximately 36 million overnight visitors who travelled to international destinations around the world last year were part of the LGBTQ+ community.”

The relevance of LGBTQ+ tourism

A standard definition by IGLTA (The International Gay & Lesbian Travel Association) describes LGBTQ+ tourism to be: “the development and marketing of tourism products and services to lesbian, gay, bisexual or transgender people.” The LGBTQ+  community, when visualised as a market segment is steadily growing. In fact, it is on its way to becoming one of the largest targeted marketing segments among tour operators and hotels internationally. There has also been a significant increase in products and services targeting the LGBTQ+ market segment.

With the introduction of the concept of the ‘pink dollar’, organisations are looking to tap into members of the LGBTQ+ community willing to spend big.  The ‘pink dollar’ is the name given to money spent by members of the LGBTQ community in the USA. It has added billions of dollars to the U.S. economy. With this as a model of the ‘pink economy’, tour and travel operators can look to design specific strategies to increase LGBTQ+ tourism that would have a positive impact on their revenue.

International tour operators are offering tours that cover the globe and specifically target LGBTQ+ couples and families. Major hotels like Marriott and Hilton have dedicated microsites and destination packages. The UNWTO reports have also highlighted the fact that the LGBTQ+ segment is recognized to travel more often and demonstrate higher-than-average patterns of spending. Given that up to 7% of adults are estimated to identify as LGBTQ+, this information on their patterns of travel and spending is insightful. Multinational corporations are stepping up to show their support of the LGBTQ+ community.

Destination marketing to the LGBTQ+ community has become more widespread according to the UNWTO report. The report says, “national and local tourism boards in many countries carrying out overseas marketing campaigns, creating online microsites for LGBT consumers and forming partnerships with the business community to develop specific products of interest to the LGBT traveller.”

A recent report also highlighted the major travel trends for the LGBTQ segment. These include:

As there is a growing visibility of LGBTQ+ consumers, it makes it easier to identify them as a customer segment. Products are being designed keeping LGBTQ+ travellers in mind. Further, many destinations and service providers worldwide are now diversifying their offerings to ensure that their LGBTQ consumers feel more welcome.

How can tour operators be more LGBTQ+ friendly?

If tour operators and other businesses in the travel industry wants the LGBTQ+ community to feel more welcome and included, they have to consistently work towards creating an environment of acceptance. It is simply not enough to brandish a rainbow flag or offer a few toke words of encouragement and support. There needs to be consistent action. Here are some examples:

Safety and security for an LGBTQ+ traveller

Safety and security are of the utmost importance for an LGBTQ+ traveller. The various risks they might encounter in a country include an unwelcoming environment and the sense of discomfort associated with hostile cultural or political policies against same-sex couples or individuals who are transgender. In such a scenario, members of the tourism industry and LGBTQ+ individuals have to exercise caution at every step of planning a trip. Here are a few ways LGBTQ+ travellers can ensure their personal safety while on a vacation:

The success of many destinations that draw LGBTQ+ travellers has led to increasing numbers of LGBTQ+ visitors to “gay destinations” like Copenhagen, Denmark; Toronto, Canada; Palm Springs, California; Berlin, and Germany. Mainstream destinations can benefit from ensuring that their locations are welcoming and safe for the LGBTQ+ community members.

After the decriminalisation of homosexuality in India in 2018, the Indian tourism market is keen to open its doors to members of the LGBTQ+ community from around the world. Keshav Suri, one of the petitioners who brought the case to the Supreme Court, spoke of this opportunity to a publication. He said: “Indian economy can generate billions of dollars if India’s gay community decides to open their wallets. The value of this pink economy, as well as the social angles of the LGBT community, have become too important to be ignored.”

Hostility towards the LGBTQ+ community is regressive and a humanitarian disservice. If an entire country chooses to criminalise the LGBTQ+ community, it will only cause lasting damage to their brand reputation around the world. This is why it is essential for destinations, tour operators/agencies and the tourism industry at large to promote and support the LGBTQ+ community at every step of the way. 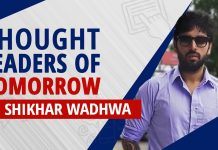 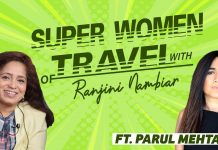 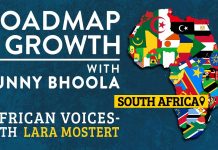