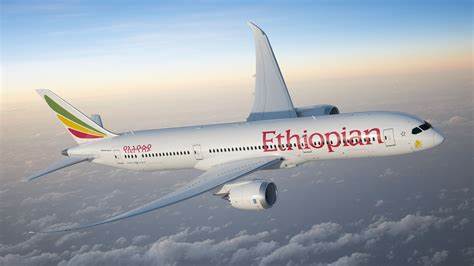 Ethiopian Airlines Group, the largest airline company in Africa, has upgraded four of its A350-900 orders to the largest form of the A350 Family, the A350-1000, becoming the aircraft’s first African customer.

Mr. Mesfin Tasew, CEO of Ethiopian Airlines Group, stated, “We are delighted over the upsizing of the A350-900 on order to the largest variant, A350-1000, that helps us stay ahead of the curve in technology. We are the technology leaders in the continent introducing the latest technology and fuel-efficient fleet into Africa. The A350-1000 is the best fit for our dense routes, and we believe that the upsizing will be instrumental in satisfying the increasing demand of customers in our vast global network across five continents. We will continue on keeping ourselves abreast of aviation technology advancements to enhance our service and fulfil customers’ demand.”

Mikhail Houari, president of Airbus Africa and Middle East, stated that they are proud of their solid collaboration with Ethiopian Airlines, the continent’s first carrier to order and operate the A350-900. With the introduction of the A350-1000, the largest version of the world’s most fuel-efficient and technologically advanced passenger aircraft, Ethiopian Airlines is once again a pioneer in Africa’s aviation industry.

Mikhail Houari added, “The A350-900 has delivered extraordinary capability, fuel efficiency, and operational reliability of 99.5 percent together with unbeatable operational flexibility and efficiency, from short to ultra-long-range operations.”

The A350-1000 will expand the capacity of the East African airline and become a part of its current wide-body fleet. The airline will reap the benefits of a flexible, high-value Family that leverages Airbus’ exceptional level of commonality and same-type rating.

The Airbus A350 incorporates cutting-edge aerodynamics, a carbon-fiber fuselage and wings, and the most fuel-efficient Rolls-Royce Trent XWB engines in its design from scratch. Together, these cutting-edge technologies provide Ethiopian Airlines with unrivalled operational efficiency and sustainability, with a 25 percent reduction in fuel consumption and CO2 emissions compared to previous generation twin-aisle aircraft.

The A350 Family had received 940 orders from 52 customers by the end of June 2022, making it the reference large widebody family for the following decades.