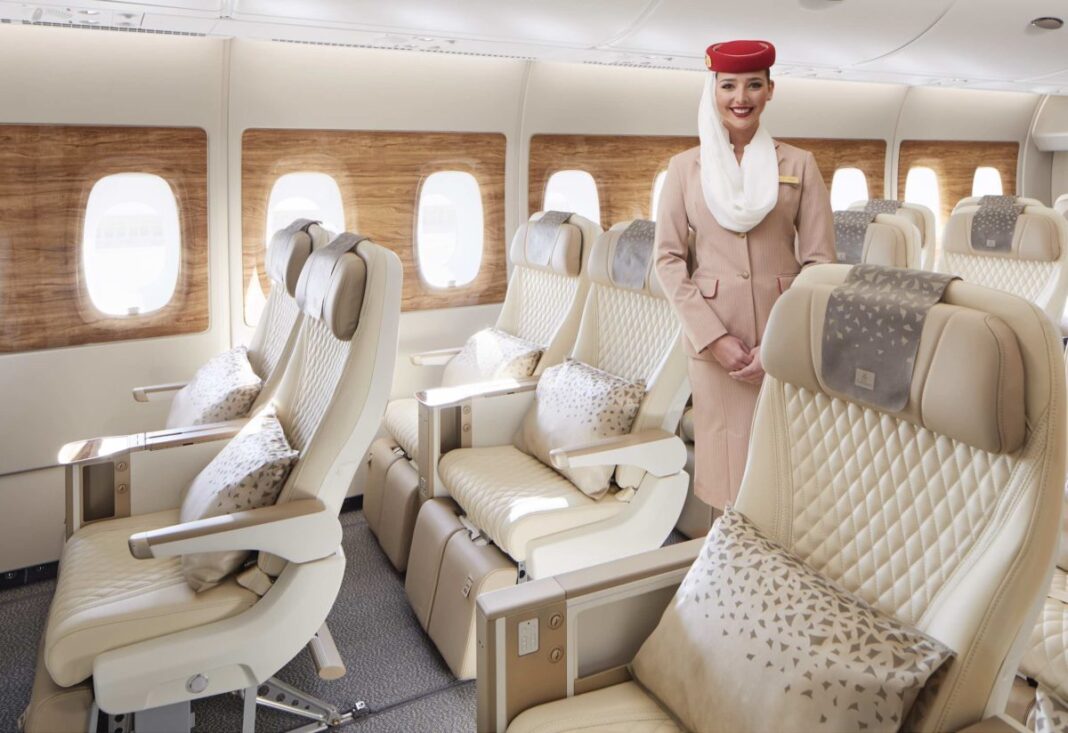 Emirates took a thoughtful approach to its major launch, in contrast to many airlines that rush new seats to market despite limited access for passengers to actually fly them, such as installing them on only one plane, or without time to calibrate a new service.

People have been flying Emirates premium economy for several months. As of today, the Premium launch is a hundred percent official. During this time, Emirates learned a great deal about what passengers think and how to make the experience even better.

On the most recent Emirates A380, the new Emirates Premium Economy cabin has arrived. It’s time to discover your new level of comfort.

If you’re curious about the additional amenities this beautiful new cabin offers, now is your first official opportunity to book Emirates Premium Economy.

The Premium cabin is for sale on routes throughout the globe, with an initial concentration on Europe and Australasia. London and Paris in Europe, as well as Sydney and Christchurch in Asia-Pacific, are the initial cities to be featured.

It is a significant “upgrade” for the approximately six-hour flight time between London or Paris and Dubai. The only question is whether, over time, this will make it more difficult to upgrade from economy to business class.