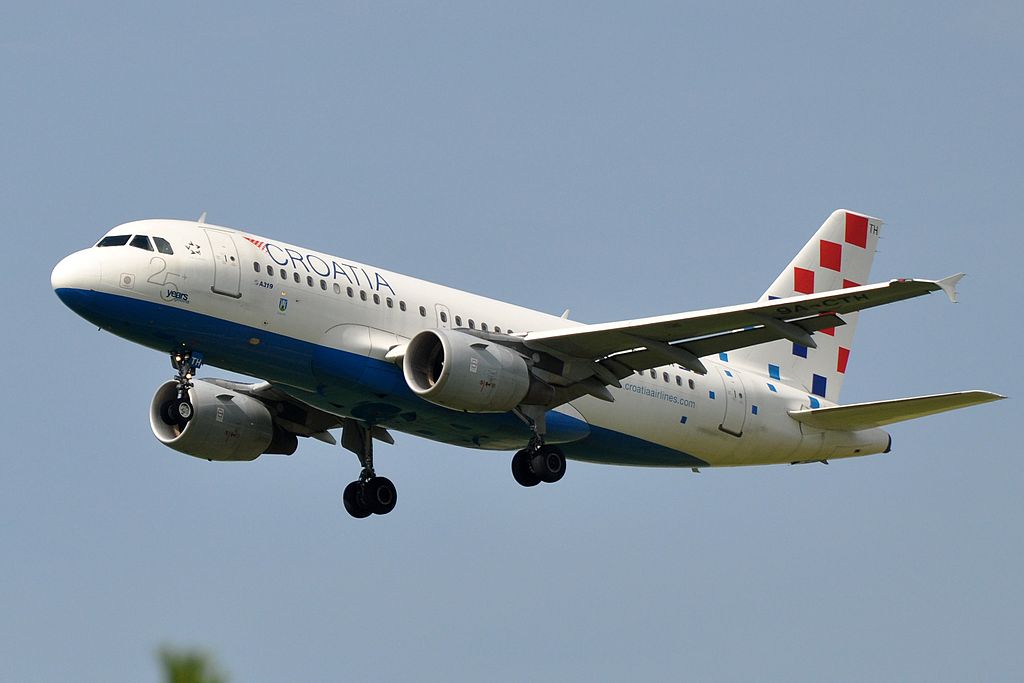 Croatia Airlines has launched routes from other Croatian airports in response to Ryanair’s entry in Zagreb.

Croatia Airlines is witnessing the effects of Ryanair, Europe’s largest airline, being based in the country. In June 2021, Ryanair created a Lauda Europe hub at Zagreb Airport, and subsequently launched a whopping 24 new routes in just seven months. As a result, Croatia Airlines is refocusing its attention away from Zagreb in order to find more profitable methods to deploy its aircraft capacity. One of its Airbus A320s, the company’s largest, has already been retired.

While many European airlines have made announcements in recent months regarding new routes and additional frequencies that would be added across their networks this summer, Croatia Airlines has made absolutely no statements at all during the pandemic.

For numerous years, Croatia’s national airline has maintained a low profile. In the last decade, the airline went through a cost-cutting restructuring process that made it wary of establishing new routes. It has established itself as a Lufthansa Group feeder, operating more than a dozen daily flights to Frankfurt (FRA), Munich (MUC), Zurich (ZRH), Vienna (VIE), Amsterdam (AMS), Paris (CDG), and Copenhagen (CPH) (CPH). Croatia Airlines has extensive codeshare agreements with Lufthansa Group airlines, as well as Singapore Airlines, United Airlines, TAP, and Air India, among others.

The airline has a low risk appetite, in part because its management isn’t focused on a long-term plan. Croatia Airlines has been without a CEO for the past five years due to the airline’s owner, the Croatian Government, issuing six-month contracts for an Acting CEO instead of a single multi-year contract for a CEO.

Currently, the airline is led by an Acting CEO, whose six-month term has been extended nine times. However, the government ultimately decided this week to appoint him as CEO for a five-year term, and the airline is already unveiling significant timetable modifications.

Outside of its home base of Zagreb, the airline is embarking on its largest ever route network development. It will include the following in its schedule:

Only during the peak summer season, from mid-June to mid-September, will all routes be operational.

The routes aren’t chosen at random. Prior to the epidemic, Croatia Airlines flew to all of these locations from its home base in Zagreb. During the pandemic, Dublin was also operational. However, they are no longer available for purchase, and Croatia Airlines appears to have given up hope of restarting service.

Croatia Airlines, for example, used to run summer-seasonal flights with a Dash 8 aircraft from Zagreb to Milan Malpensa on Fridays and Sundays. Meanwhile, Ryanair now offers year-round service between Zagreb and Milan Bergamo, with up to five weekly flights this summer on an Airbus A320 aircraft. Croatia Airlines just cannot compete on this route with Ryanair, both in terms of frequency and in terms of operational costs.

Croatia Airlines, on the other hand, has a difficult task ahead of them. In Zagreb, Ryanair is eating into its profits, while coastal airports such as Split are already served by a slew of airlines, including easyJet and Ryanair. Croatia’s flag carrier will have a difficult time repositioning itself post-covid.